Prevention of cardiovascular (CV) events requires prompt and sustained control of BP according to targets set by evidence-based guidelines. The speed of titration is important. Too rapid, and we up-titrate before knowing the full response; too slow and we leave the patient at risk of CV events.

To judge titration—when to change dose or change drug—requires knowledge of the size and rate of BP reduction of different doses of different agents.

A 2011 meta-analysis in Hypertension found that estimates of the max efficacy of BP agents can be made early after starting therapy. 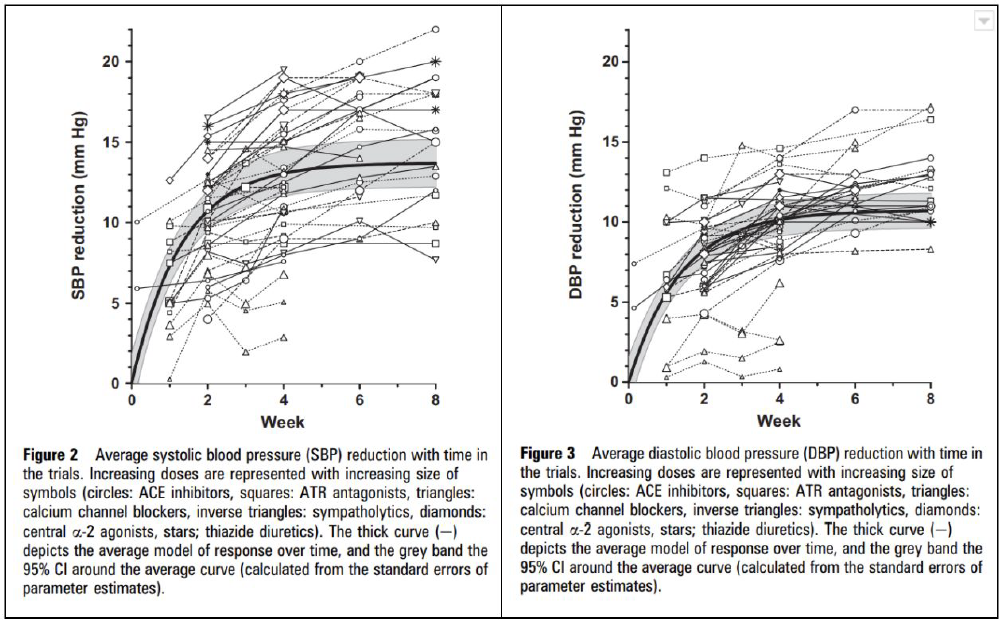 The authors concluded that estimation of maximal effect could be made between 1 and 2 weeks after initiation of antihypertensive therapy, although drug class effects on speed of titration were not predictable. Such knowledge may reduce time spent being exposed to medication that is likely to provide no benefit and allow quicker appropriate effective prescribing, which could be crucial in the days and weeks after an acute vascular event.