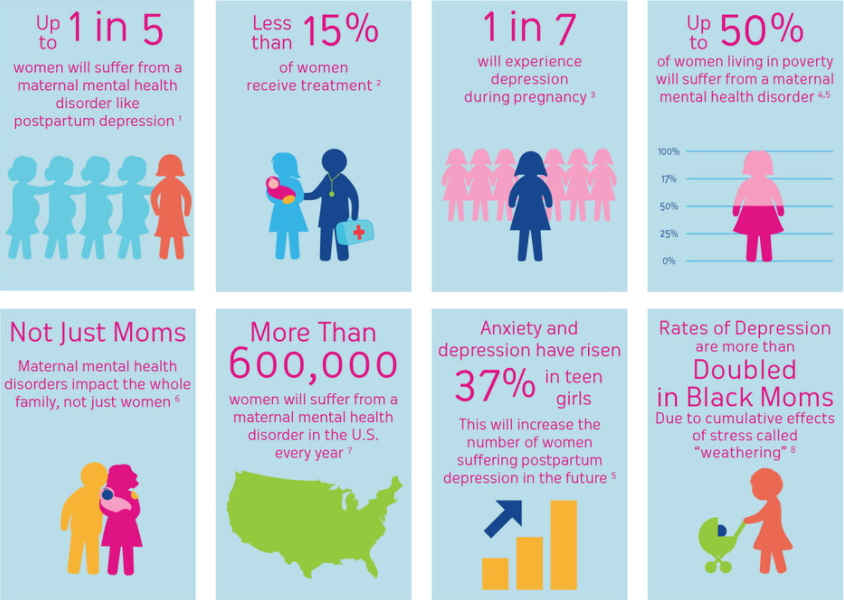 The diagnostic criteria for PPD are the same criteria that are used to diagnose major depression. In clinical practice, the term PPD is used to describe depression that begins within 12 months of childbirth. However, PPD is not a separate diagnosis in the DSM-5; instead, patients are diagnosed with major depression along with the specifier “with peripartum onset” for episodes that arise within 4 weeks postpartum. For episodes of postpartum depression that present more than four weeks after delivery, no modifier is available in DSM-5. 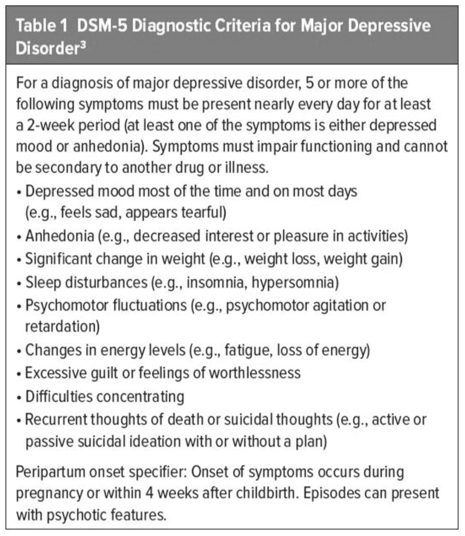 The DSM-5 also notes the following:

Postpartum blues (maternity blues or baby blues) refer to a transient condition characterized by several mild depressive symptoms such as sadness, crying, irritability, anxiety, insomnia, exhaustion, and decreased concentration, as well as mood lability that may include elation. Symptoms typically develop within two to three days of delivery, peak over the next few days, and resolve within two weeks of onset.

The clinical picture of postpartum psychosis includes rapid onset of psychotic symptoms including hallucinations and delusions, bizarre behavior, confusion, and disorganization that may appear to be delirium. Postpartum psychosis constitutes a medical emergency and generally requires rapid intervention and hospitalization, as well as a comprehensive medical evaluation and psychiatric management.

The DSM-5 also notes the following: 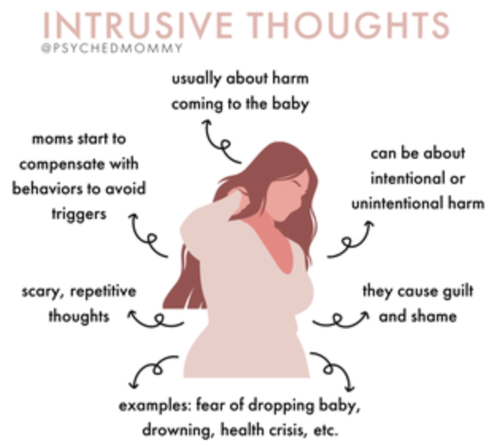 The Edinburgh Postnatal Depression Scale (EPDS) is a 10-item self-report questionnaire that identifies patients at risk for perinatal depression, but is not diagnostic on its own. 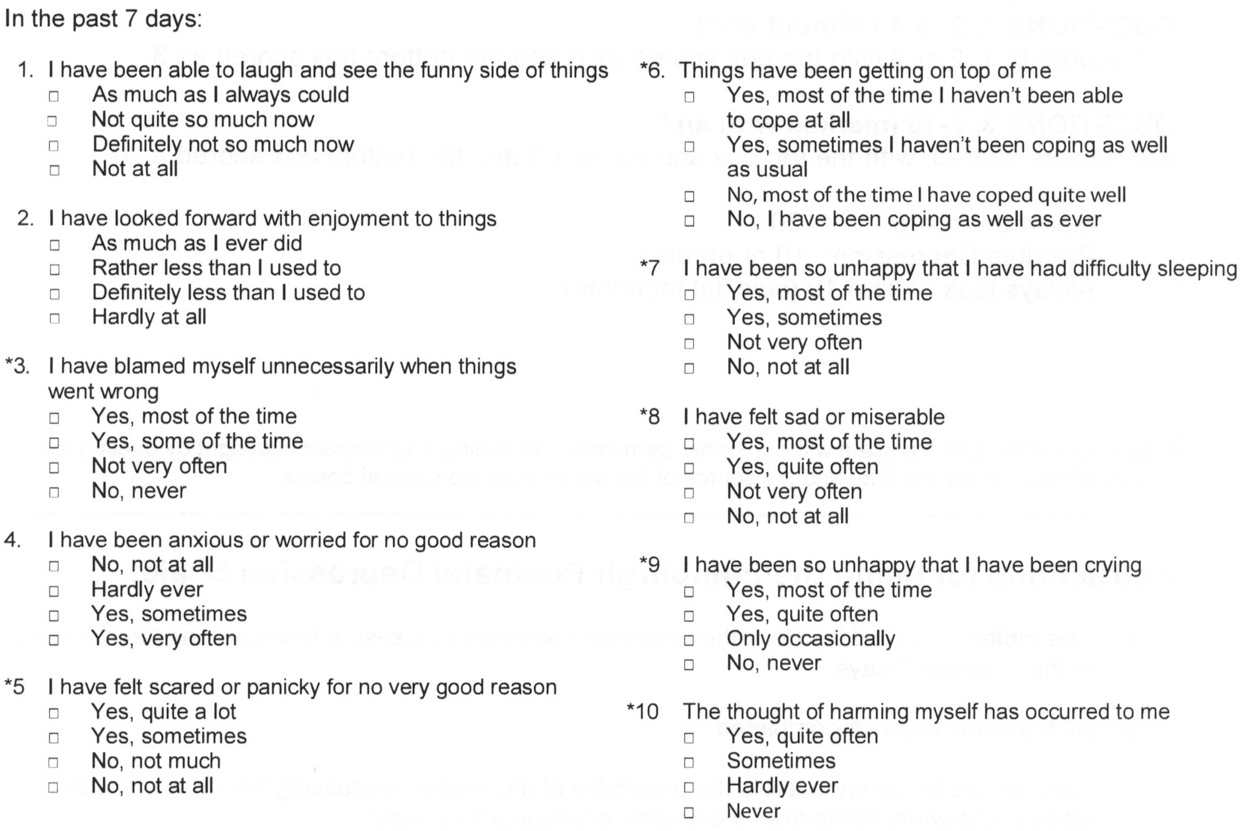 An abbreviated version of the EPDS known as the EPDS-3 is also available, and may have higher sensitivity, although more data is needed.

Pro tip: Check out the shared dot phrase for the above resources (.MPPCCPostpartumDepressionResources)