Monkeypox is an orthopoxvirus (same genus as smallpox) primarily transmitted via direct contact with infectious sores/scabs (and possibly also via bodily fluids.)

Transmission can occur from onset of symptoms until rash has resolved (i.e., scabs have fallen off and skin has healed)

Monkeypox was first identified in 1970 in Zaire (now the Democratic Republic of the Congo). There are 2 clades (i.e., group of organisms believed to have evolved from a common ancestor):

Interestingly, monkeypox was initially a disease that primarily affected children:

The current outbreak is not the first. Over the past 5 decades, monkeypox outbreaks have been reported in 10 countries in Africa and 4 countries outside Africa.

Regarding the current outbreak, there are over 64,000 confirmed cases of monkeypox worldwide as of today.

CDC is tracking symptom frequency as US cases are confirmed.

“Solitary genital skin lesions and lesions involving the palms and soles may easily lead to misdiagnosis as syphilis and other STIs, which may in turn delay detection.” 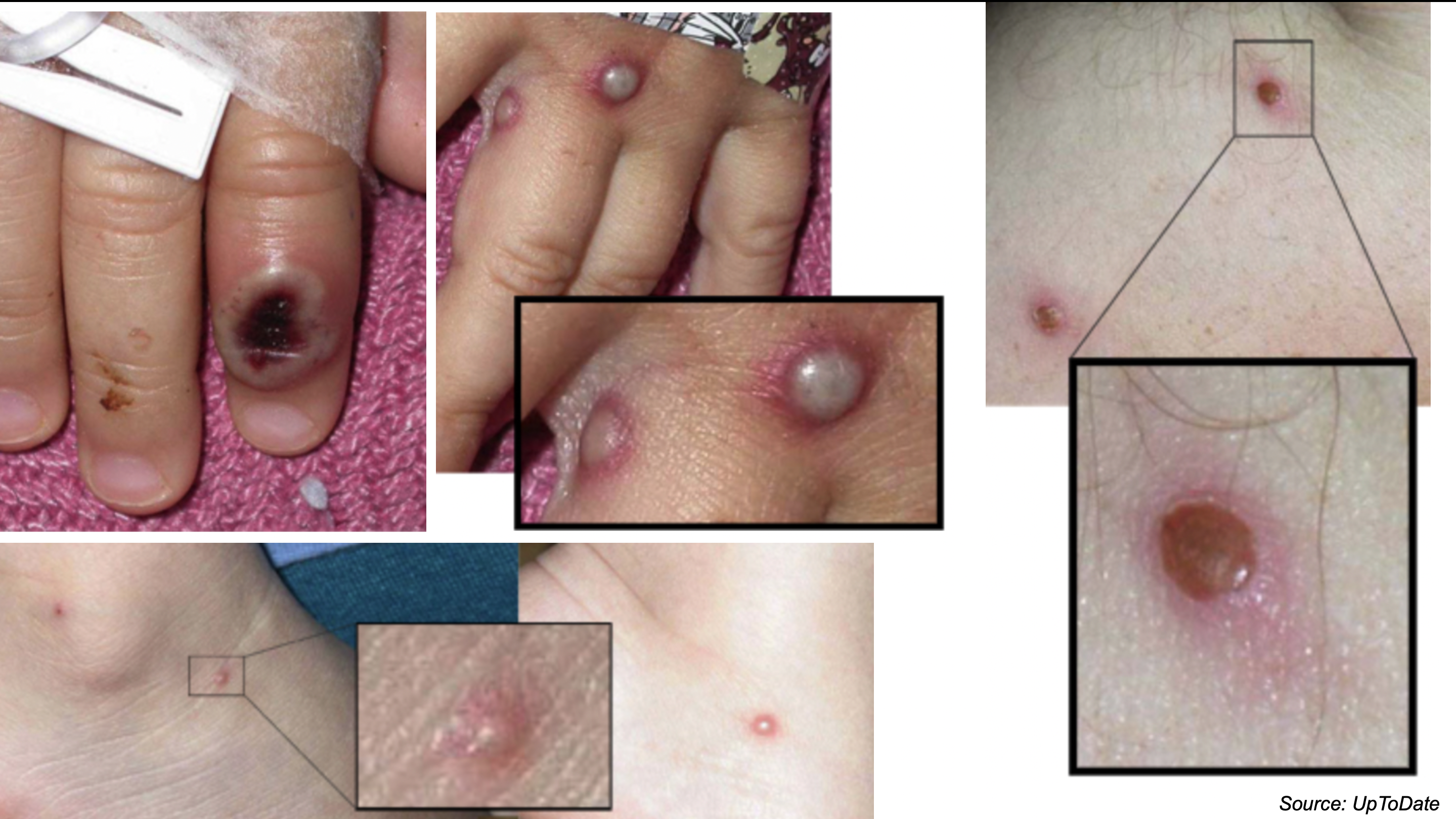 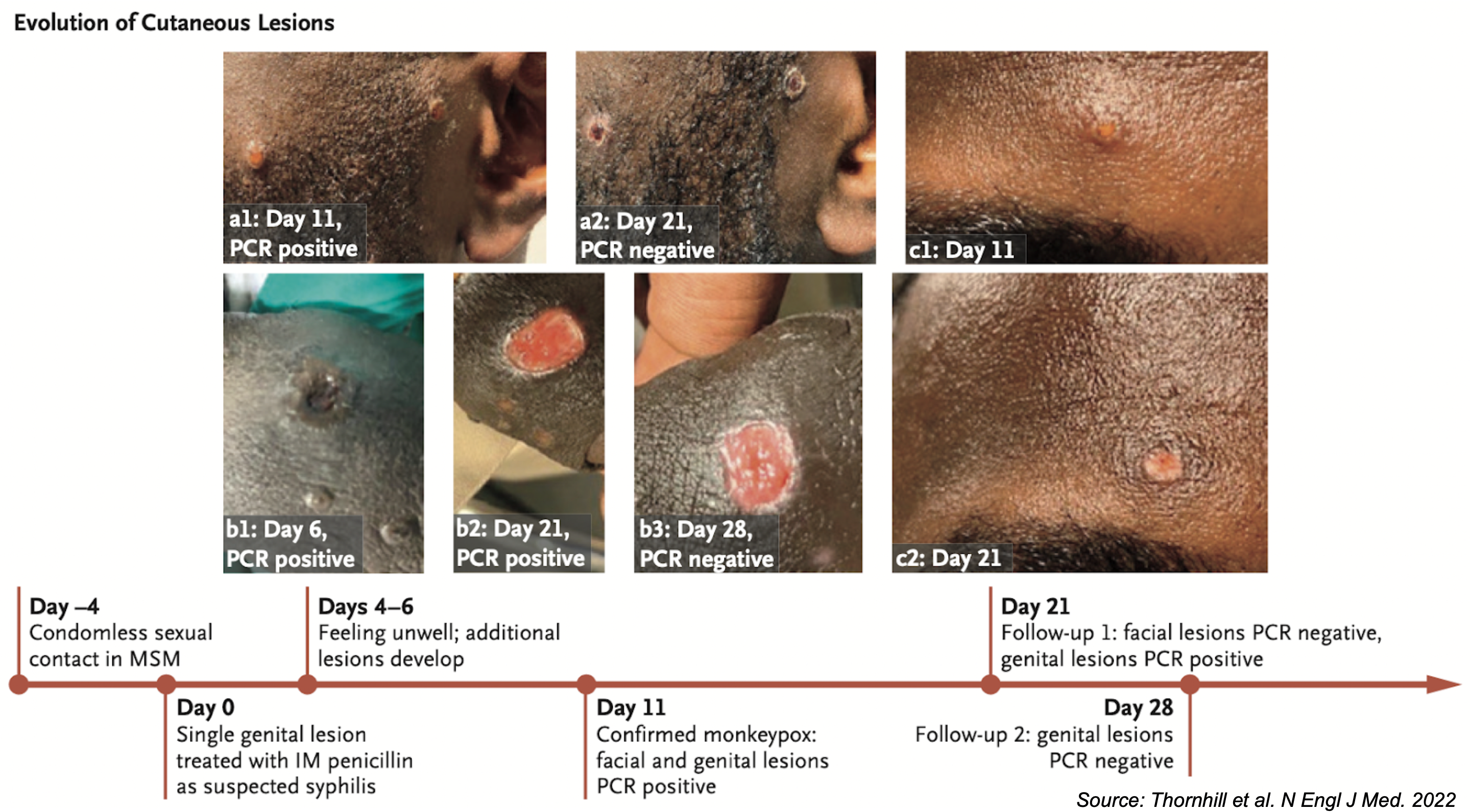 Panel A shows the evolution of cutaneous lesions in a person with monkeypox; images a1 and a2 show facial lesions, images b1 through b3 show a penile lesion, and images c1 and c2 show a lesion on the forehead.

The most common manifestations of severe disease are severe pain and secondary bacterial infection.

There is currently 1 vaccine with FDA approval: JYNNEOS (2-dose series)

How we talk about monkeypox matters.

Although monkeypox has thus far predominantly affected MSM, public health experts stress that monkeypox is relevant to everyone because of its mode of transmission. But public health officials have questioned how to raise awareness about monkeypox without making the early public health mistakes of the HIV/AIDS crisis when gay and bisexual men were stigmatized and discriminated against. Indeed, monkeypox shouldn’t share the same fate.

“Targeted health promotion that sensitively supports enhanced testing and education in populations at risk is needed. Involving communities from the outset in shaping the implementation of public health interventions is essential to ensure that they are appropriate and nonstigmatizing and to avoid messaging that will drive the outbreak underground… Although the current outbreak is disproportionately affecting gay or bisexual men and other men who have sex with men, monkeypox is no more a “gay disease” than it is an “African disease.” It can affect anyone.”