There are lots of possibilities, but “MIAMI” can help us remember. 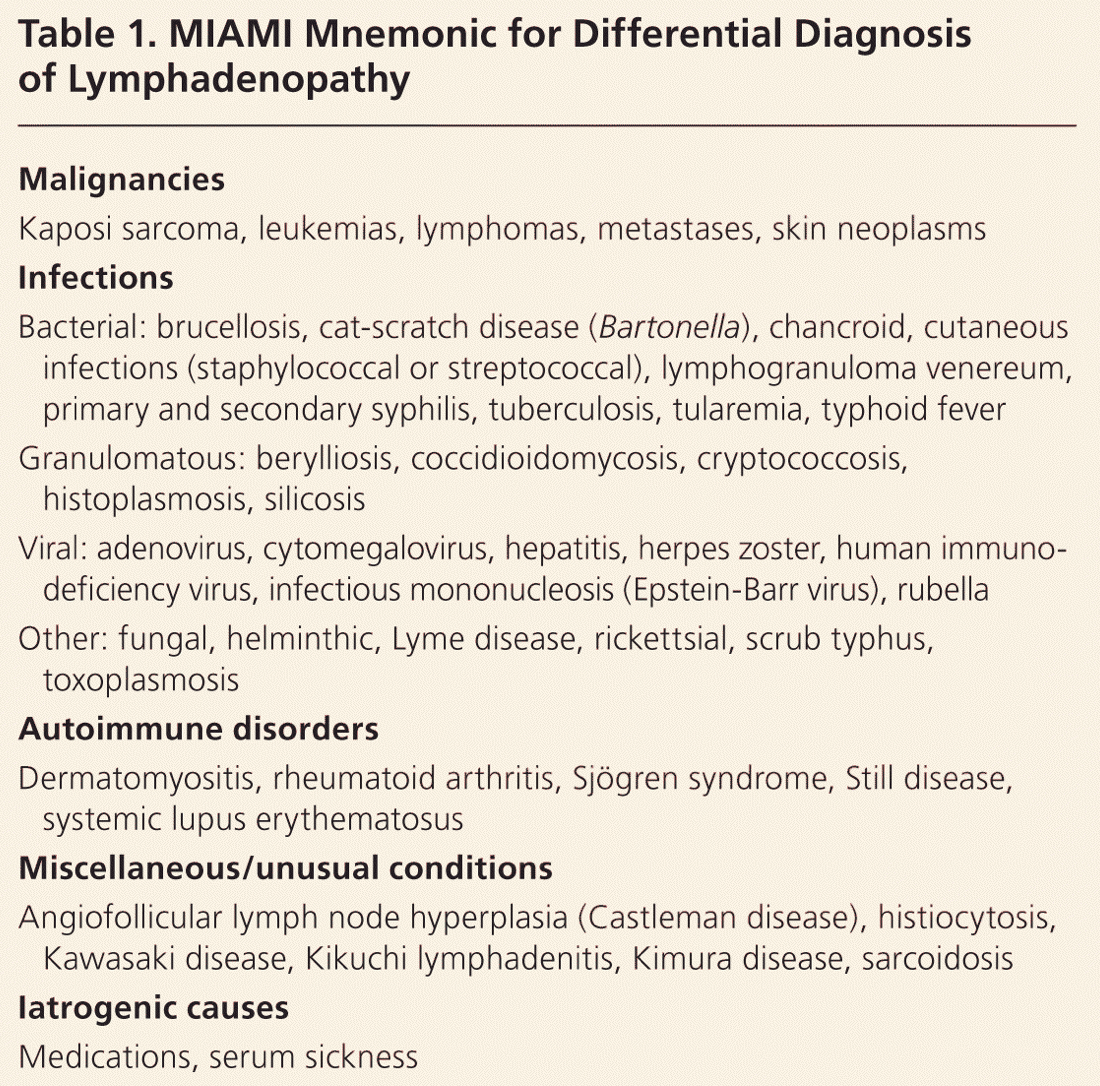 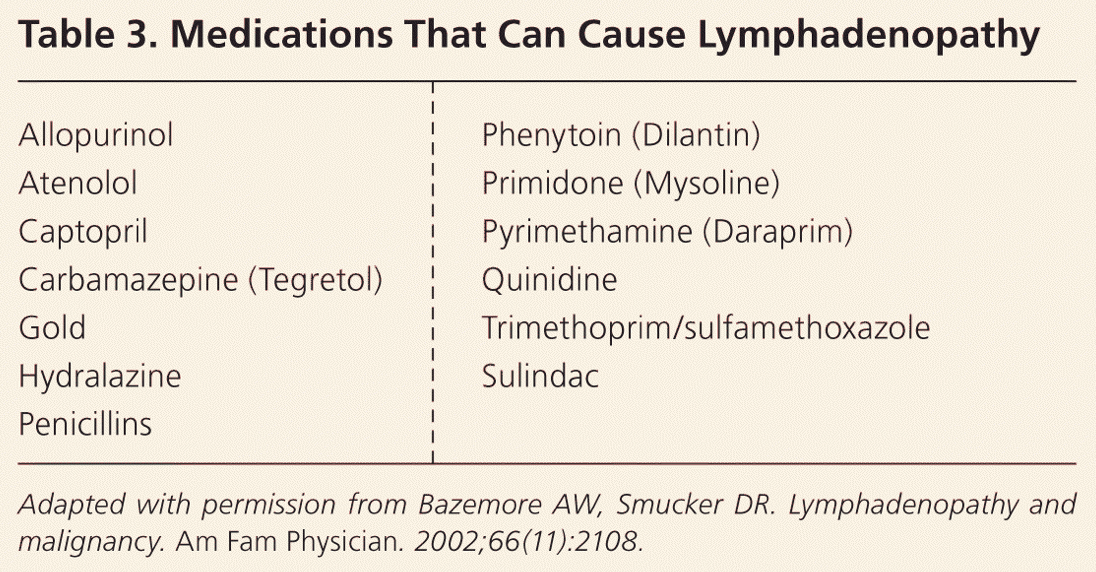 What is the incidence of malignancy in unexplained LAD in primary care patients?

A 1988 retrospective Dutch study estimates the incidence of unexplained LAD in the general population as well as the sensitivity and specificity of PCP referral for suspicion of malignancy after initial evaluation.

Two case series from primary care in the United States support this incidence and low prevalence of malignancy – 0 of 80 patients and 3 of 238 patients with unexplained lymphadenopathy were diagnosed with malignancy.

In patients with LAD, always consider the following:

Normal lymph node size varies with age, as do the most common diagnoses.

Age over 40yo is associated with higher likelihood of malignancy.

Lymph nodes generally are not palpable in newborns. With time and antigenic exposure, volume of lymph node tissue increases.

Palpable cervical, axillary, and inguinal lymph nodes can be normal in children.

In a study that aimed to identify factors associated with malignant etiologies of childhood peripheral LAD, useful physical findings for differentiating malignant from benign LAD in pediatric patients included the following (noting that the study only included biopsied nodes):

Findings with no significant difference in the above study:

Remember that only submandibular, cervical, axillary and (rarely) inguinal nodes MAY be palpable in healthy adults. Palpation of other nodes can suggest an array of possible underlying issues. 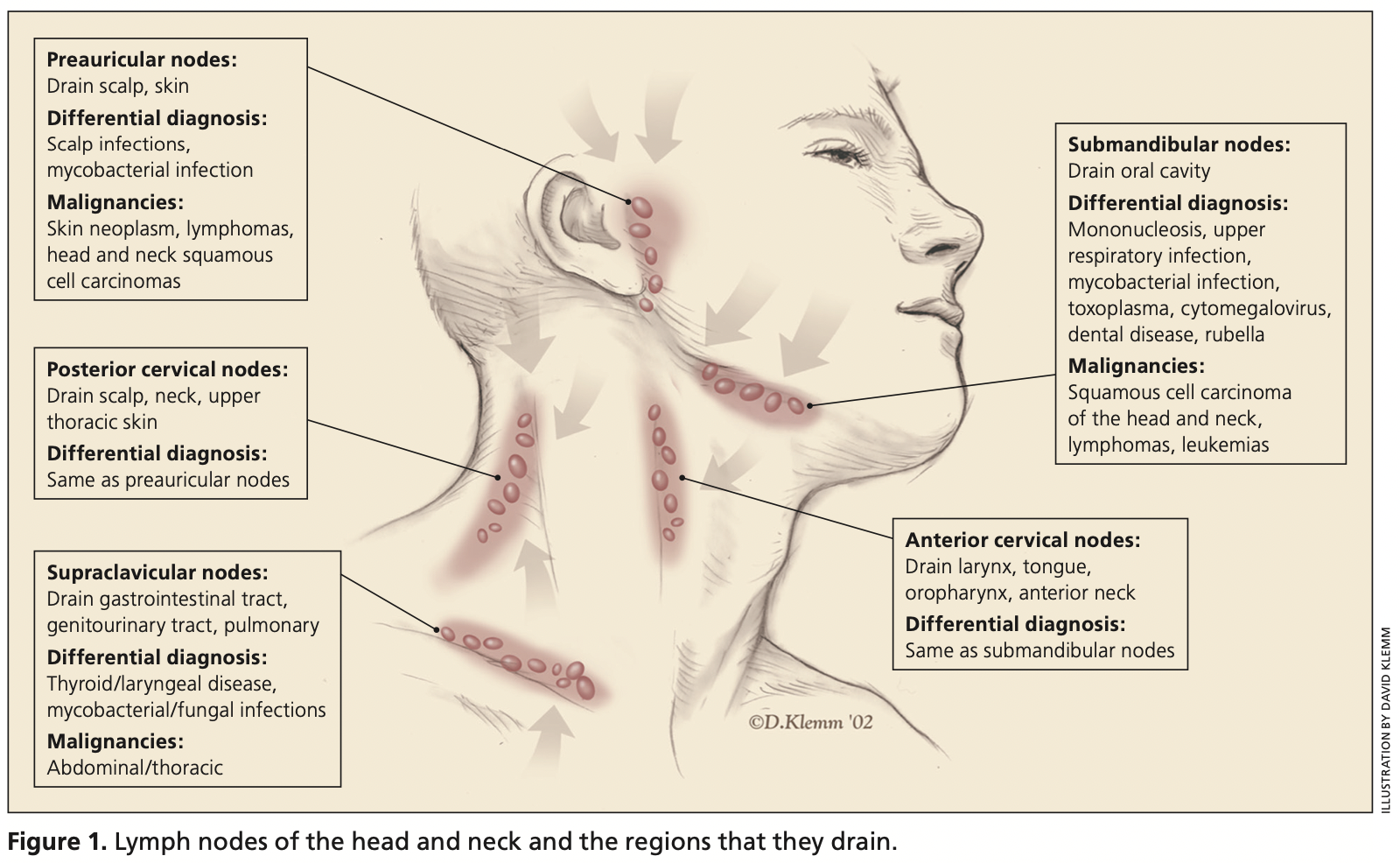 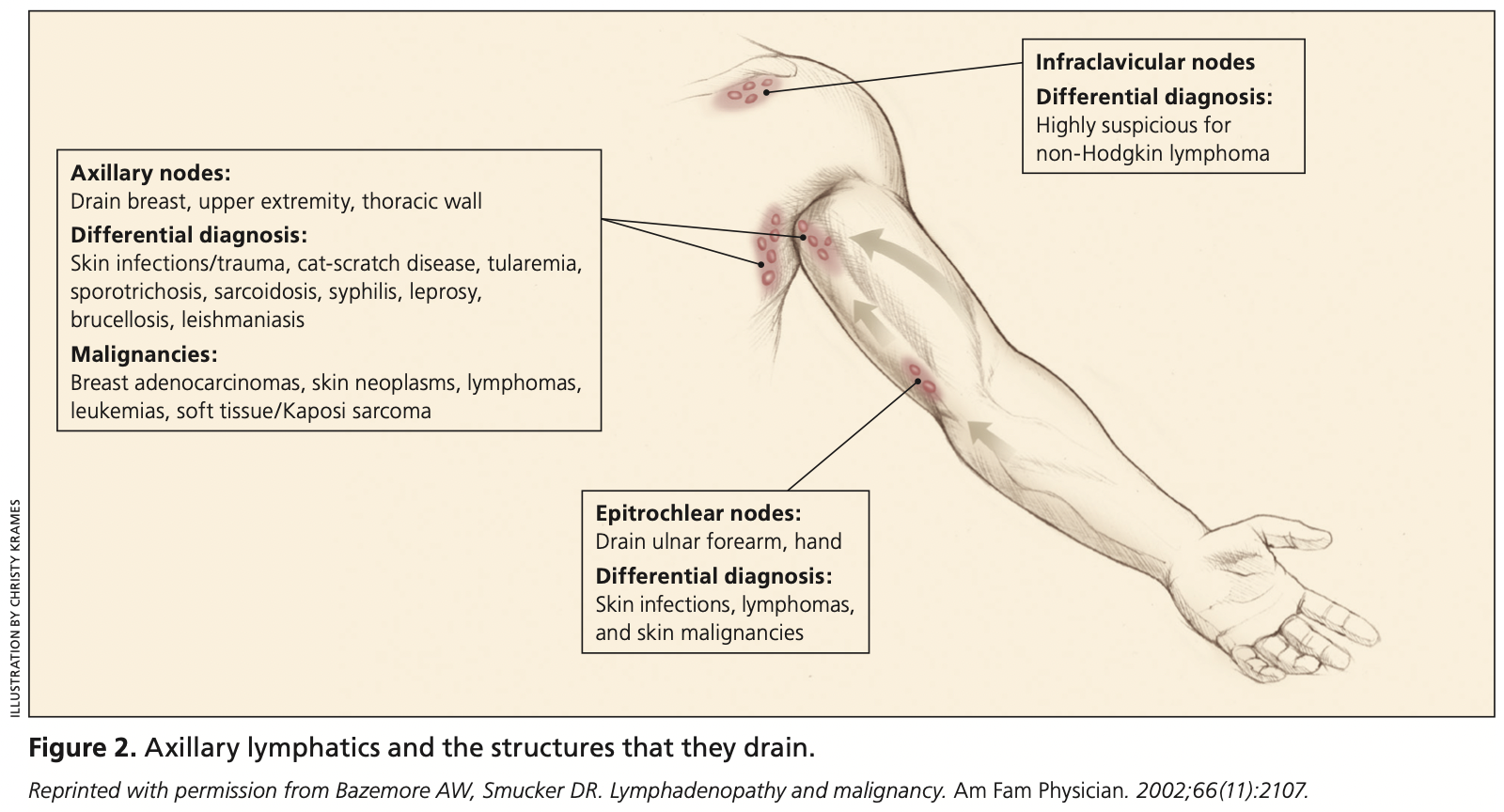 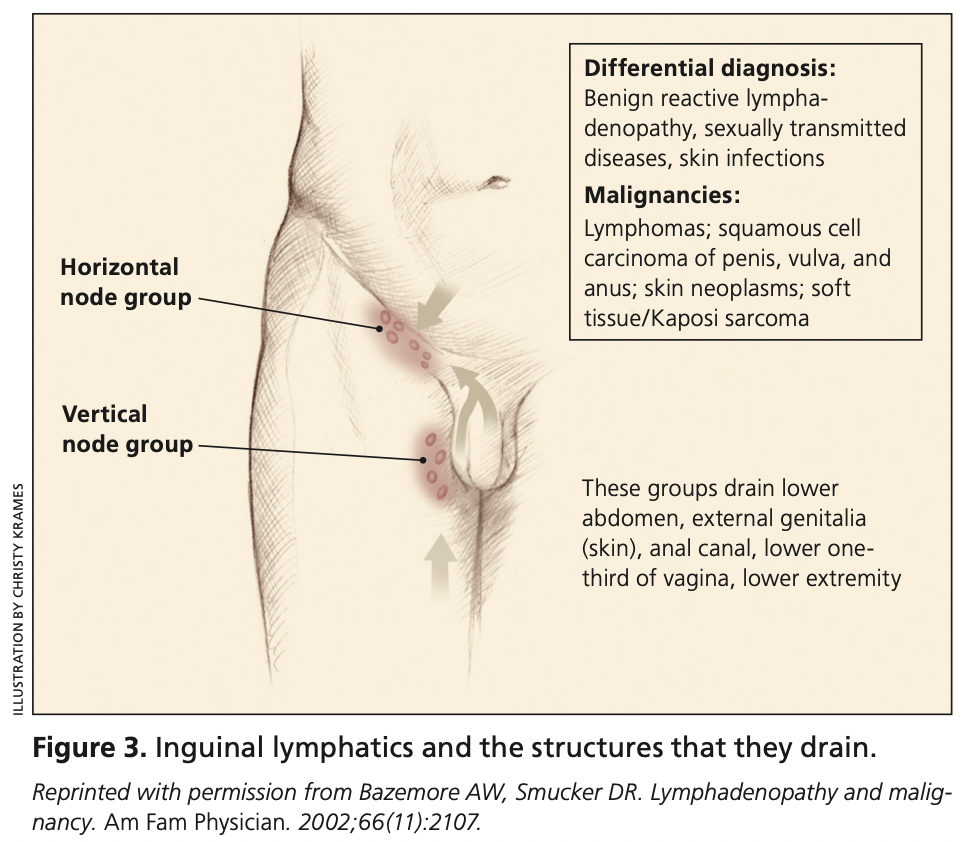 Another summary table from Pediatrics in Review:

Remember that LAD is classified as generalized if LAD appears in 2 or more noncontiguous regions or localized if only 1 region. 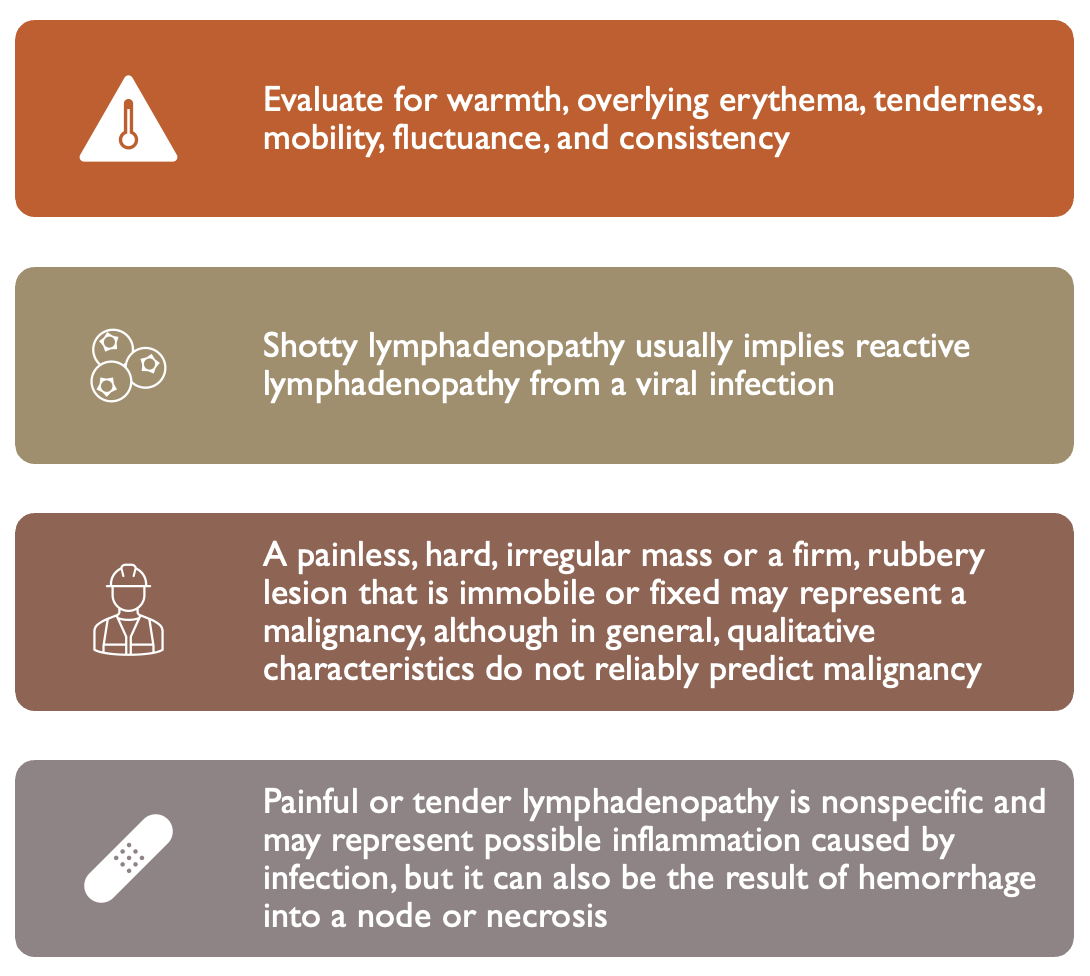 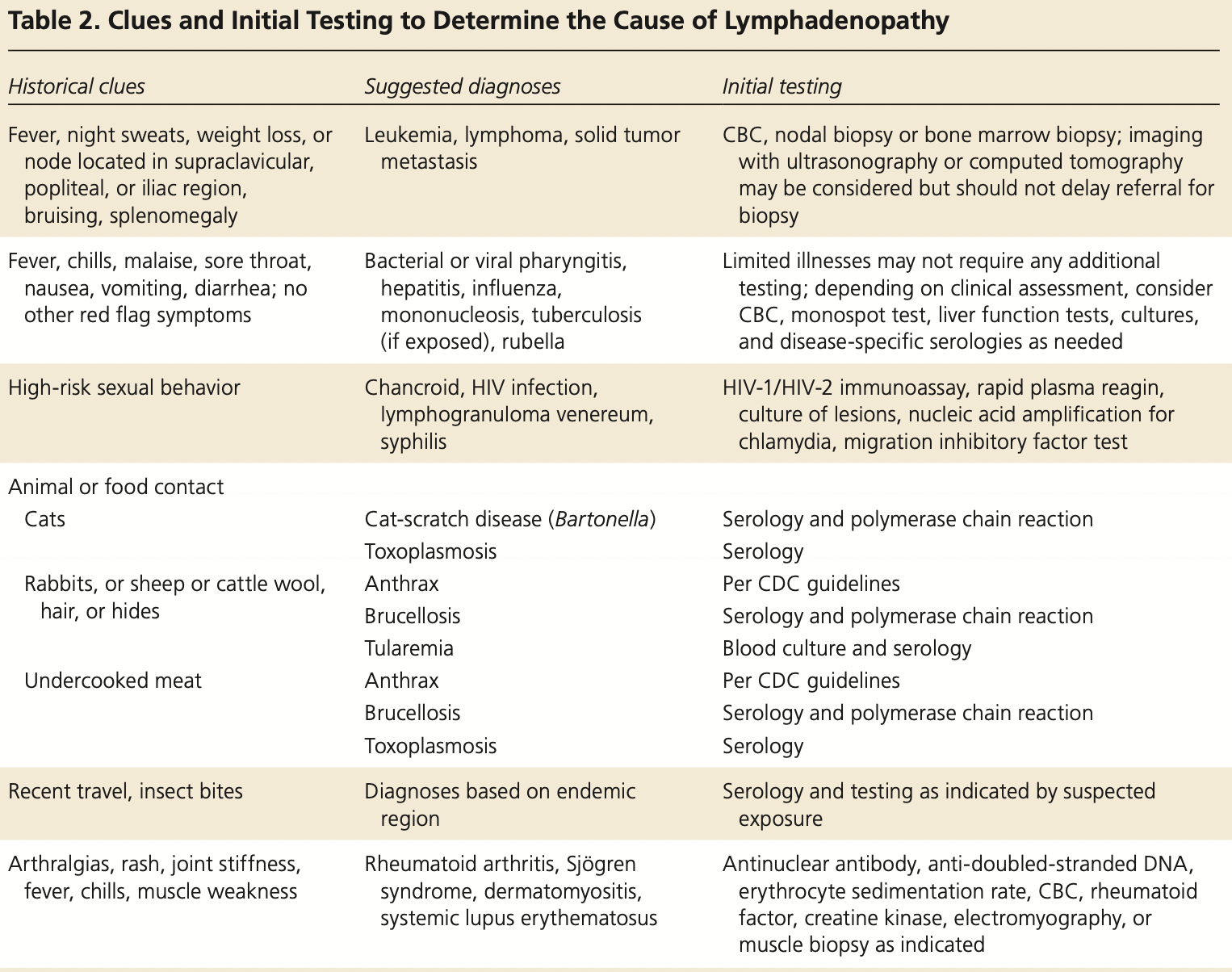