Firearms are the most common cause of suicide in the USA. 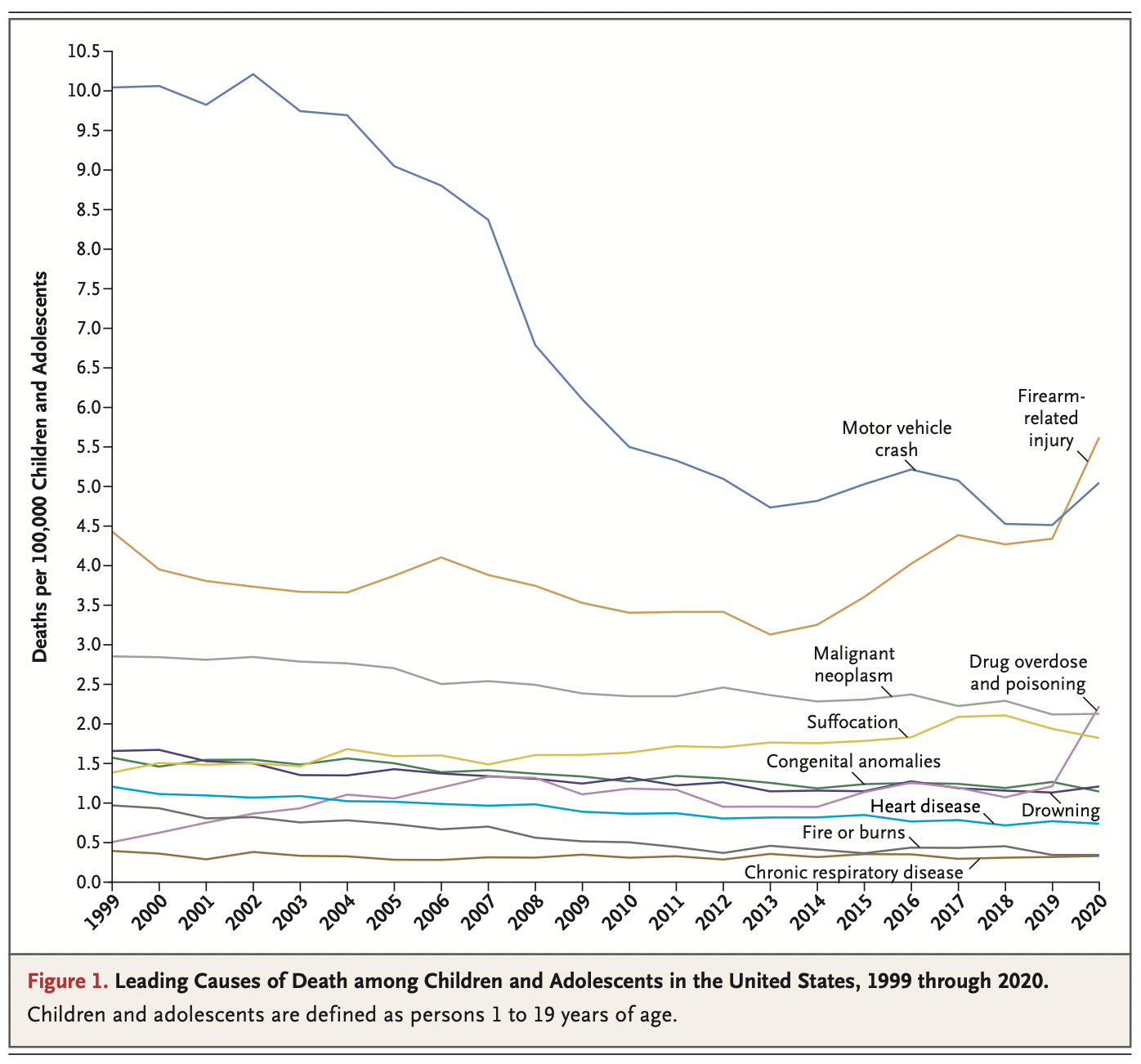 As shown in the figure above, firearm-related injury was the leading cause of death in children in 2020, passing motor vehicle crashes for the first time.

In a study of firearm-related injuries in pediatric patients <15yo in Chicago, African-American children comprised 74.9% of the cohort while only representing 35.9% of local schools.

In a review of disparities in firearm-related injuries, overall death rates from firearm injuries among youth were similar in rural and urban communities (4.45 vs 4.29 per 100,000); however, although youth from rural areas were more likely to die from self-inflicted and unintentional firearm injuries, urban youth were more than 2x as likely to die from firearm homicide.

Families that keep firearms at home often cite need for personal protection, but a 2014 meta-analysis of 6 observational studies found that the risk of becoming a victim of homicide was greater among adults with access to firearms than those without access (OR 2.0, 95% CI). 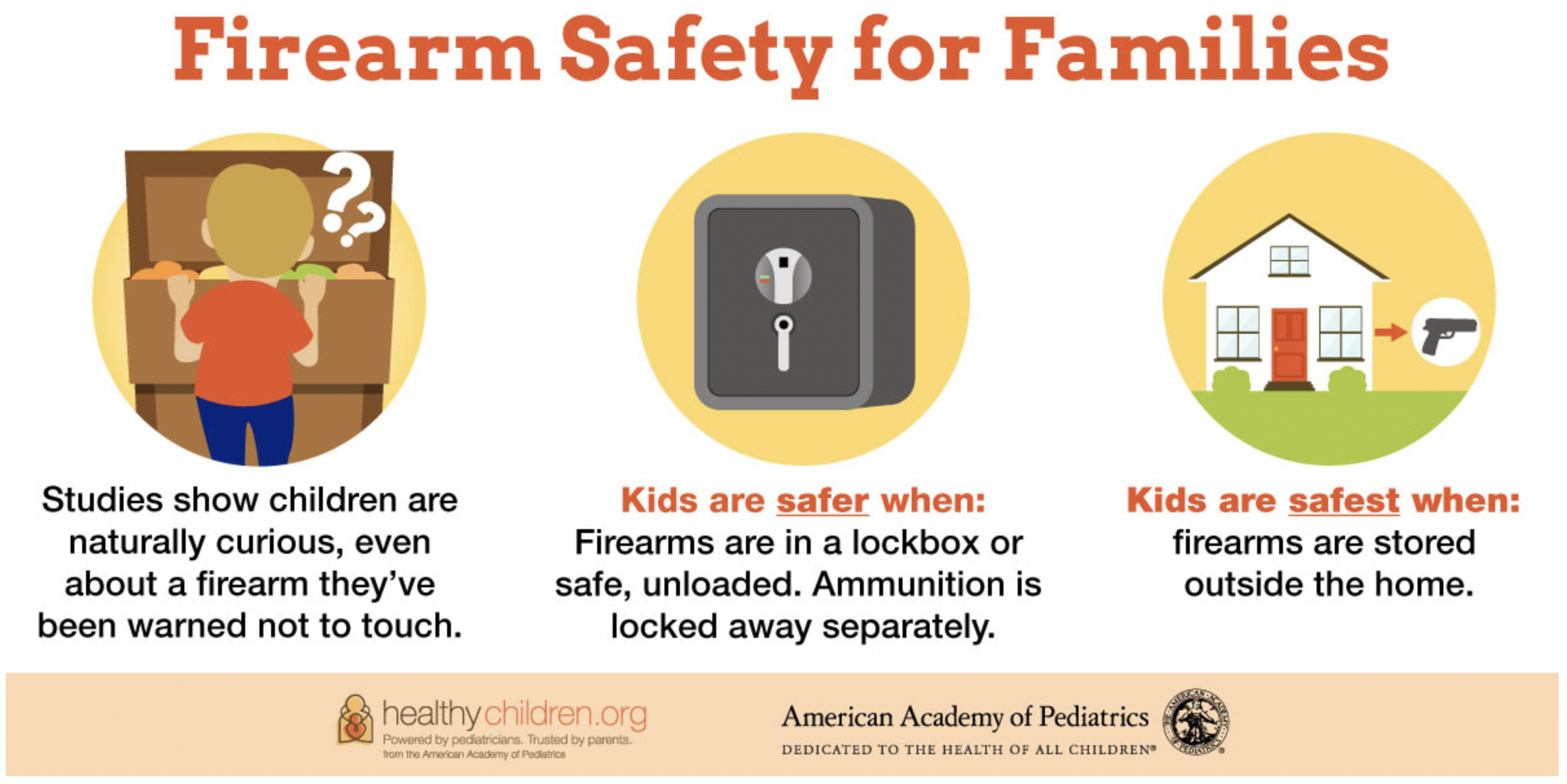 Most effective practice is to not keep guns in the home.

If you are to have a gun:

When using a gun: 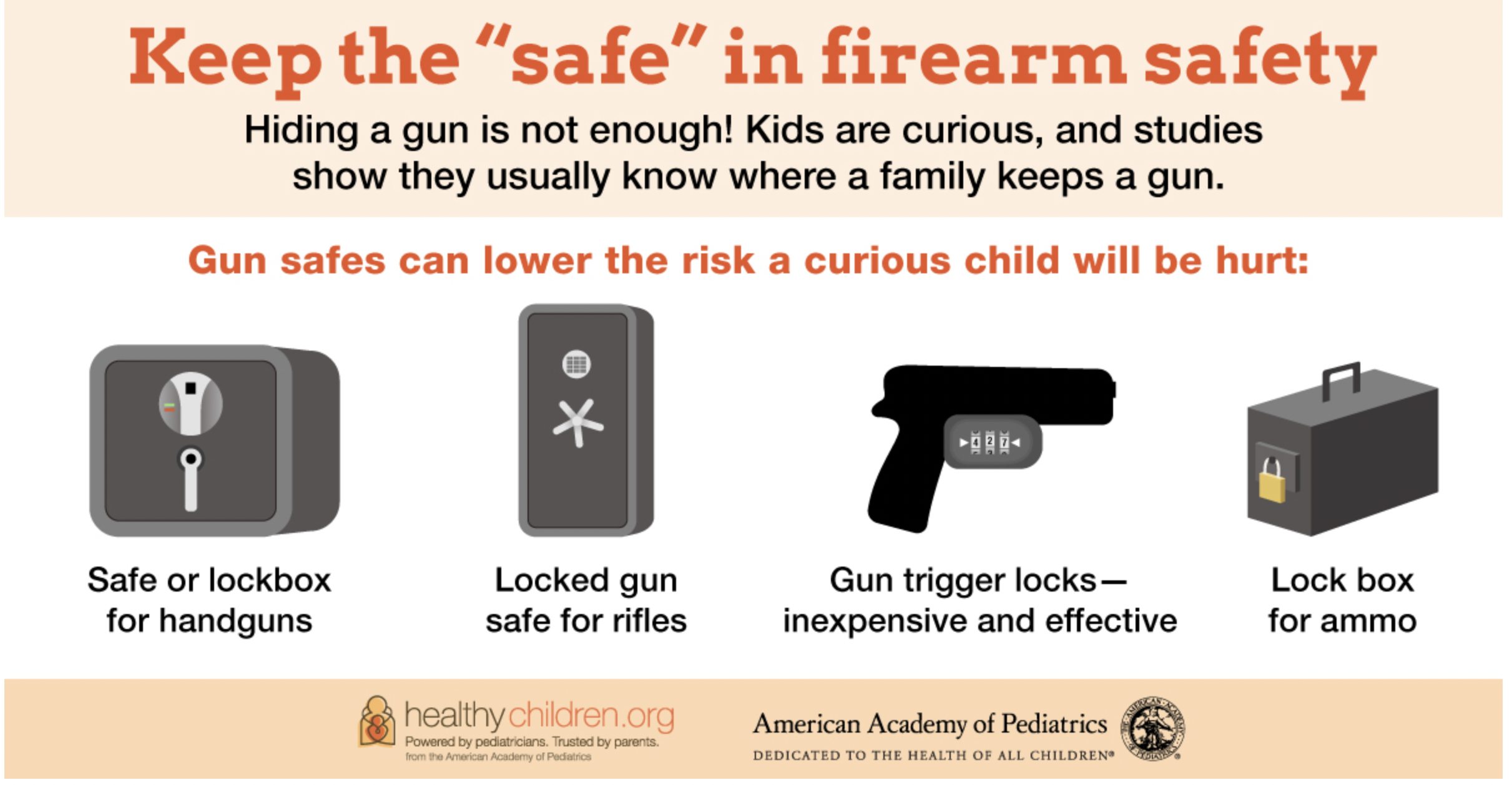 NEVER let children use a gun.

Safety at others’ homes: