Carpal tunnel syndrome (CTS) refers to the symptoms and signs caused by compression of the median nerve as it travels through the carpal tunnel. Patients commonly experience pain and paresthesia, and less commonly weakness, in the distribution of the median nerve. CTS is the most frequent compressive focal mononeuropathy seen in clinical practice, affecting 1-5% of the general adult population.

Symptoms may be noted initially at night with pain or paresthesias waking patients from sleep, and during the day are often provoked by activities that involve sustained flexion or extension of the wrist, such as driving, reading, typing, and holding a phone. Symptoms sometimes progress from intermittent to persistent sensory complaints and from paresthesias to sensory loss in the hand.

CTS typically spares the thenar eminence and palm because the palmar cutaneous branch of the median nerve arises proximal to the wrist and passes over, rather than through, the carpal tunnel. 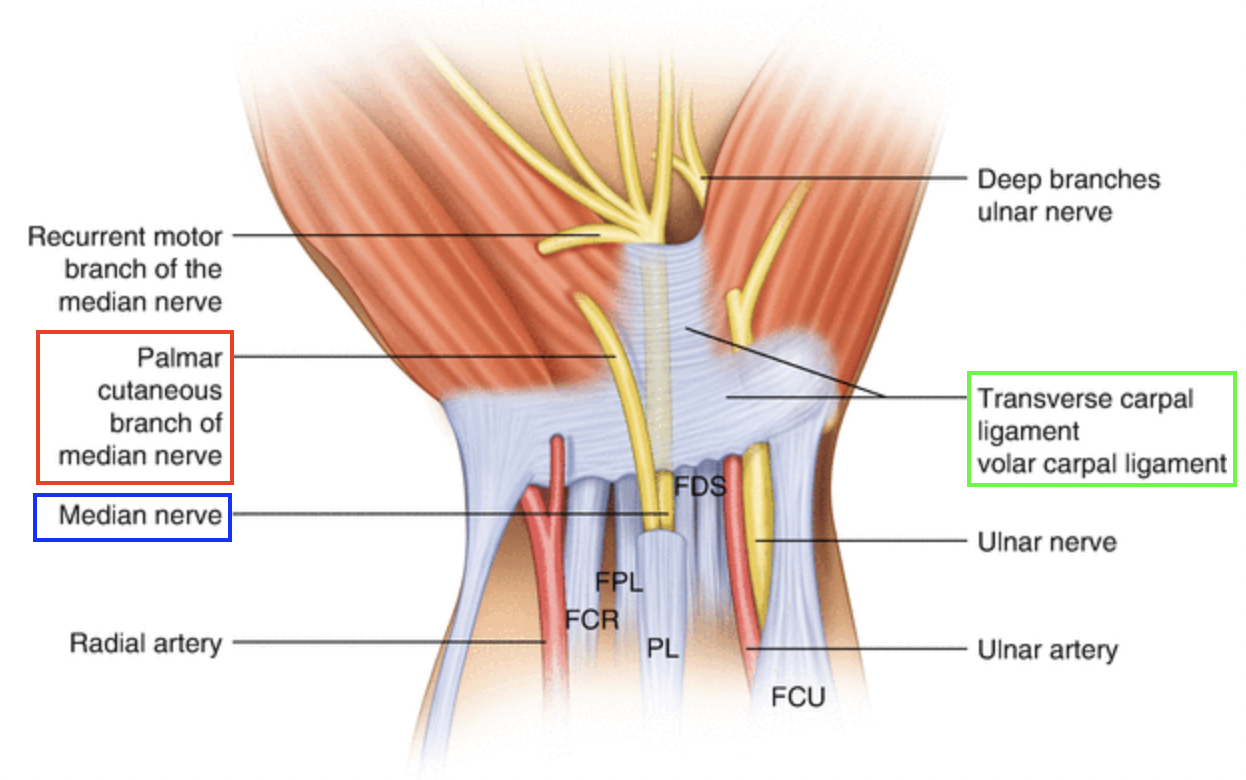 Motor symptoms, including weakness, typically develop late and in patients with a more severe course.

Three other findings show promise in increasing the probability of CTS, but each is based on limited data and more studies are needed:

Traditional tests such as the Tinel sign and Phalen sign fail to distinguish CTS from other common disorders causing hand dysesthesias (e.g., polyneuropathy, ulnar neuropathy, or radiculopathy, using electrodiagnosis as the diagnostic standard.) 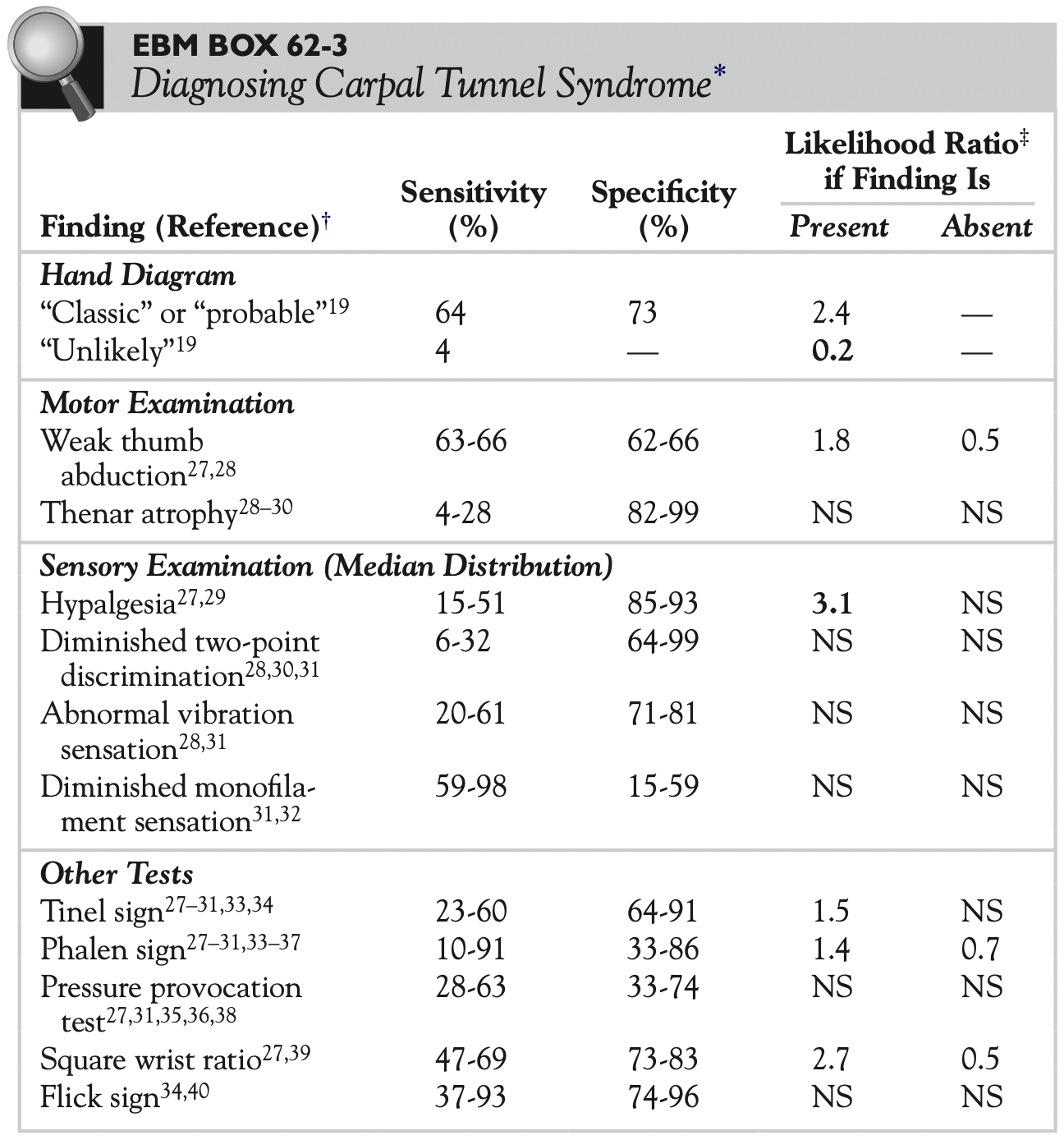