The National Eating Disorders Association has lots of great resources for patients and physicians, including a lot of information about misconceptions and implicit bias that we may have related to this topic. 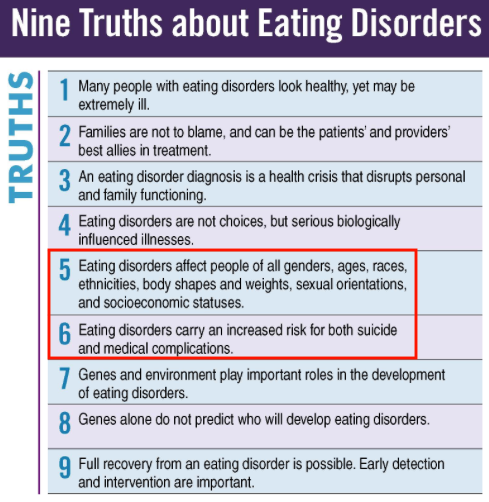 A low BMI in an older adult is a red flag. If you have a middle-aged adult with a BMI less than 19, then ask about nutrition and eating disorders. —ACP Internist

Most patients with disordered eating behaviors don’t recognize their problem and may not bring it up to their doctors.

Multiple screening tools exist, including an online screening tool for patients ≥13yo from the National Eating Disorders Association as well as the SCOFF questionnaire.